Peter Drucker (1909 – 2005) was a management consultant and educator, whose writings contributed to the foundations of the modern business corporation. He is one of the best-known and influential thinkers on the subject of management theory and practice.

He was also a leader in the development of management education, he invented the concept known as “management by objectives” and was the founder of modern management. Drucker predicted many of the developments of the late twentieth century, including privatization and decentralization; the importance of marketing; and the emergence of the information society with its necessity of lifelong learning.

Drucker coined the term “knowledge worker,” and later in his life considered knowledge-worker productivity to be the next frontier of management.

“Plans are only good intentions unless they immediately degenerate into hard work.”

“If you want something new, you have to stop doing something old.”

“Unless commitment is made, there are only promises and hopes; but no plans.”

“The most important thing in communication is to hear what isn’t being said.”

“We now accept the fact that learning is a lifelong process of keeping abreast of change. And the most pressing task is to teach people how to learn.”

“Of all the important pieces of self-knowledge, understanding how you learn is the easiest to acquire.”

“The most serious mistakes are not being made as a result of wrong answers. The truly dangerous thing is asking the wrong question.”

“A person can perform only from strength. One cannot build performance on weakness, let alone on something one cannot do at all.”

“The only skill that will be important in the 21st century is the skill of learning new skills. Everything else will become obsolete over time.”

“Cultivate a deep understanding of yourself – not only what your strengths and weaknesses are but also how you learn, how you work with others, what your values are, and where you can make the greatest contribution. Because only when you operate from strengths can you achieve true excellence.”

“We all have a vast number of areas in which we have no talent or skill and little chance of becoming even mediocre. In those areas, knowledge workers should not take on work, jobs, and assignments. It takes far more energy to improve from incompetence to mediocrity than it takes to improve from first-rate performance to excellence.”

“There is nothing so useless as doing efficiently that which should not be done at all.”

“Knowledge has to be improved, challenged, and increased constantly, or it vanishes.”

“The purpose of business is to create and keep a customer.”

“Whenever you see a successful business, someone once made a courageous decision.”

“Business has only two functions — marketing and innovation.”

“Entrepreneurship is neither a science nor an art. It is a practice.”

“The key to greatness is to look for people’s potential and spend time developing it.” 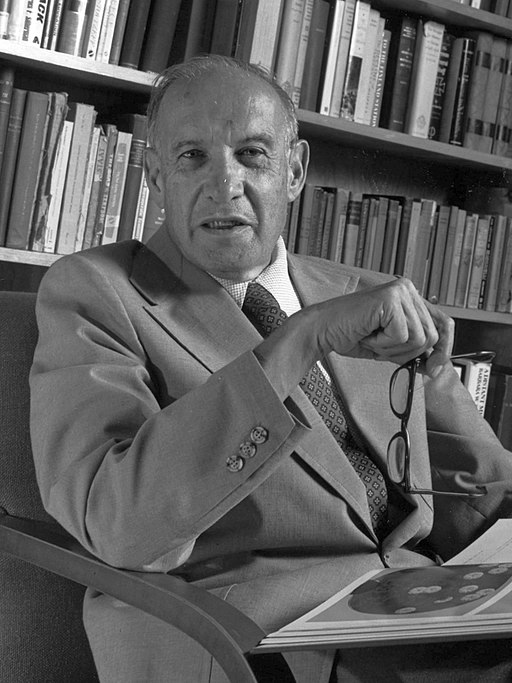 “Meetings are by definition a concession to deficient organization For one either meets or one works. One cannot do both at the same time.”

“The aim of marketing is to know and understand the customer so well the product or service fits him and sells itself.”

“Results are obtained by exploiting opportunities, not by solving problems. ”

“The purpose of an organization is to enable ordinary humans beings to do extraordinary things.”

“Entrepreneurship is “risky” mainly because so few of the so-called entrepreneurs know what they are doing.”

“Innovation is the specific instrument of entrepreneurship…the act that endows resources with a new capacity to create wealth.”

“People in any organization are always attached to the obsolete – the things that should have worked but did not, the things that once were productive and no longer are.”

“The best way to predict the future is to create it.”

“No one learns as much about a subject as one who is forced to teach it.”

“Rank does not confer privilege or give power. It imposes responsibility.”

“One cannot hire a hand—the whole man always comes with it,”

“There is no such thing as a “good man.” Good for what? is the question.”

“The task of leadership is to create an alignment of strengths so strong that it makes the system’s weaknesses irrelevant.”

“The greatest danger in times of turbulence is not the turbulence; it is to act with yesterday’s logic.”

Only three things happen naturally in organizations: friction, confusion, and underperformance. Everything else requires leadership.

“If there is anyone “secret” of effectiveness, it is concentration. Effective executives do first things first and they do one thing at a time.”

“Success in the knowledge economy comes to those who know themselves – their strengths, their values, and how they best perform.” 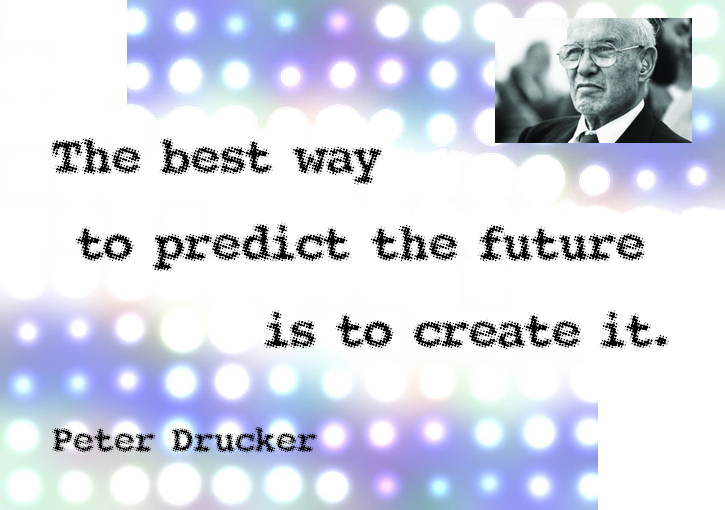 “Your first and foremost job as a leader is to take charge of your own energy and then help to orchestrate the energy of those around you.”

“Management is about human beings. Its task is to make people capable of joint performance, to make their strengths effective and their weaknesses irrelevant.”

“Effective executives know that their subordinates are paid to perform and not to please their superiors.”

“A man should never be appointed to a managerial position if his vision focuses on people’s weaknesses rather than on their strengths. The man who always knows exactly what people cannot do, but never sees anything they can do, will undermine the spirit of his organization.”

“The leaders who work most effectively, it seems to me, never say “I.” And that’s not because they have trained themselves not to say “I.” They don’t think “I.” They think “we”; they think “team.” They understand their job to be to make the team function. They accept responsibility and don’t sidestep it, but “we” get the credit. This is what creates trust, what enables you to get the task done.”

The Wisdom of Peter Drucker